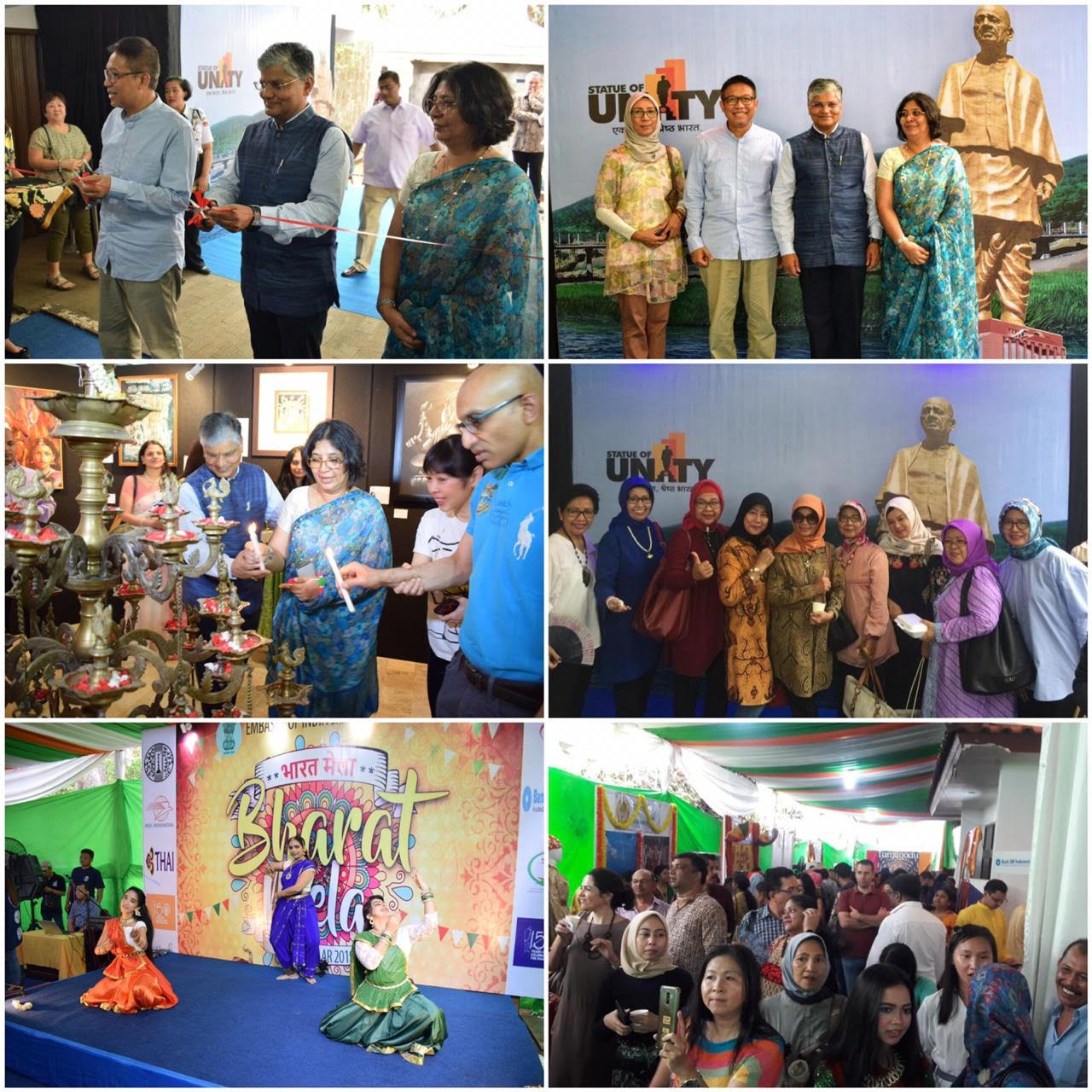 4. Food stalls were also opened by the states where live demonstration of food from different states were made. The food stalls were visited by large number Indian food connoisseurs.

5. A painting exhibition curated by local Indian community women painters was also organised on the sidelines of the two day event which will be open for public viewing at the JNICC till 6 December, 2019 and is expected to be visited by hundreds of guests during this period. The paintings displayed focussed on Indian Art forms and motifs.

7. The event was organized as part of the ongoing celebration of 70th Anniversary of India-Indonesia Diplomatic Relations and aimed to promote better understanding of Indian arts, culture and cuisine amongst the Indonesian audiences.

8. The Bharat Mela is expected to be attended by more than 1000 visitors over today and tomorrow. During the concluding finale performance tomorrow, a bumper prize of return air fare ticket to India sponsored by Thai Airways will be handed over to the winner.