Embassy of India, Jakarta, in partnership with the Ministry of Trade of Government of Indonesia, jointly hosted a Multi Product Road Show, focusing on exports of Bovine Meat, Rice and Sugar from India to Indonesia. The event was held at Hotel Westin, Jakarta where a 40 member trade promotion delegation led by Mr Paban Kumar Borthakur, Chairman of the Agricultural Products Export Development Authority (APEDA) (an apex body under the Ministry of Commerce and Industry, Government of India), also participated. The business delegation of APEDA comprised of senior representatives of Indian Agro Industry from key commodities of rice, sugar and bovine meat. 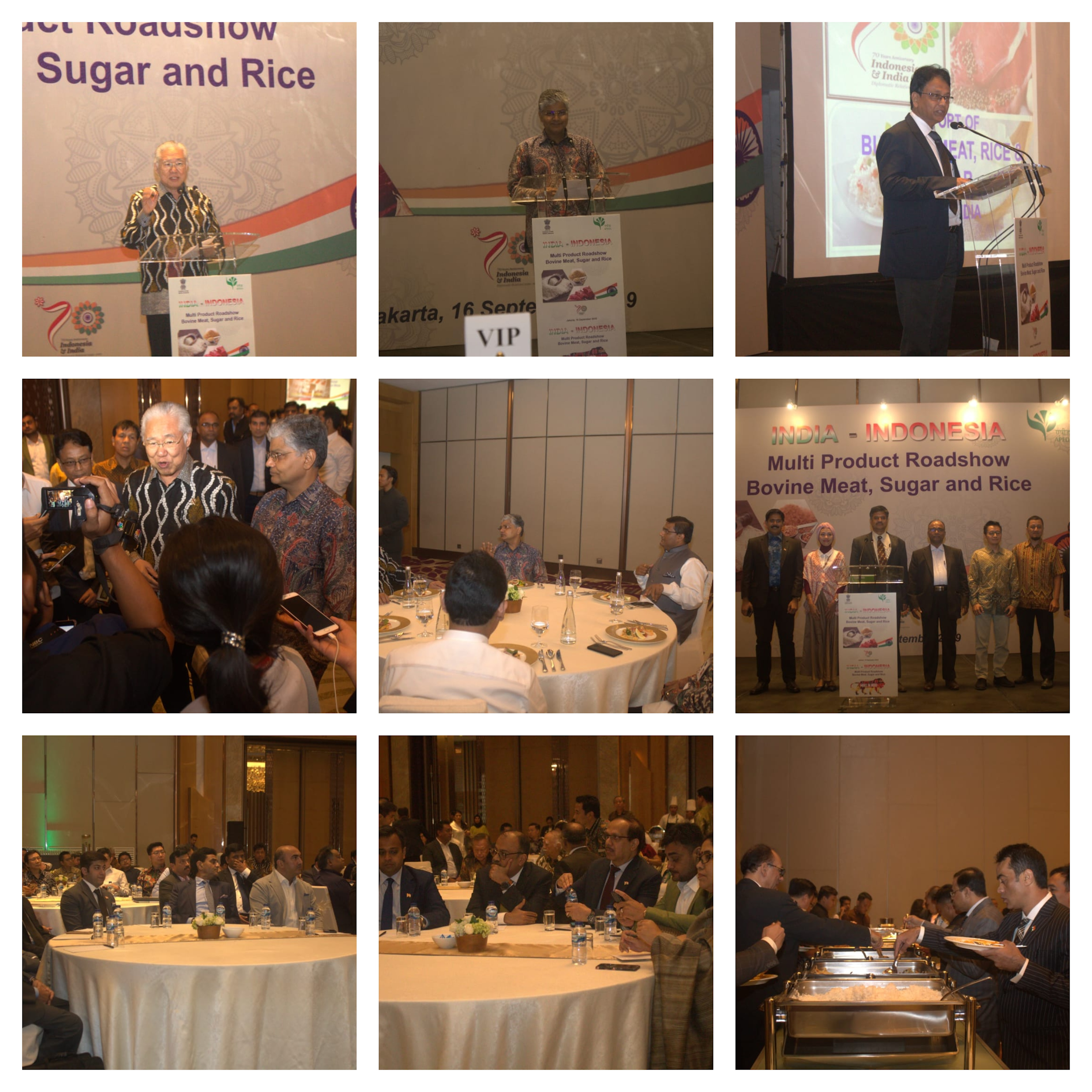 2. During the first leg of the visit to Jakarta, a B2B meeting session was held, which was followed by a Business Seminar on 16th September, which was inaugurated by H.E. Mr. Enggartiasto Lukita, Minister of Trade, Republic of Indonesia. It was attended by senior officials of the Ministry of Trade, Ministry of Agriculture, Indonesian meat producers/importers associations, Indonesian Chamber of Commerce and Industry (KADIN), State Procurement/Logistics Agencies (Bulog, PT Berdikari and PT PPI), private import houses and retailers, apart from the Media.

3. Ambassador of India H.E. Mr. Pradeep Kumar Rawat in his opening address reiterated the target of US $ 50 billion set for bilateral trade, to be achieved by 2025 and urged the participant companies of both countries to explore means to diversify trade basket through focused items such as bovine meat, sugar and rice. In his inaugural address at the event, H.E Mr. Enggartiasto Lukita, Minister of Trade welcomed the Indian Trade Delegation and expressed the hope that the multi product road show would lead to greater synergies in trade between the two sides.

5. On the conclusion of the visit in Jakarta, the delegation would be traveling to Medan on 17th September, where a Business Seminar would be organized by Consulate General of India, Medan and APEDA for enhancing trade relations between India and North Sumatra Region. An MOU will also be signed between APEDA and KADIN Sumut on the occasion.

6. Bilateral trade between India and Indonesia during 2018-19 was US $ 21.11 and in the context of achieving the target of US$ 50 billion set by the leaders of both countries, the visit of APEDA led business delegation to Indonesia is aimed at exports of Buffalo Meat, Rice and Sugar into Indonesian market. 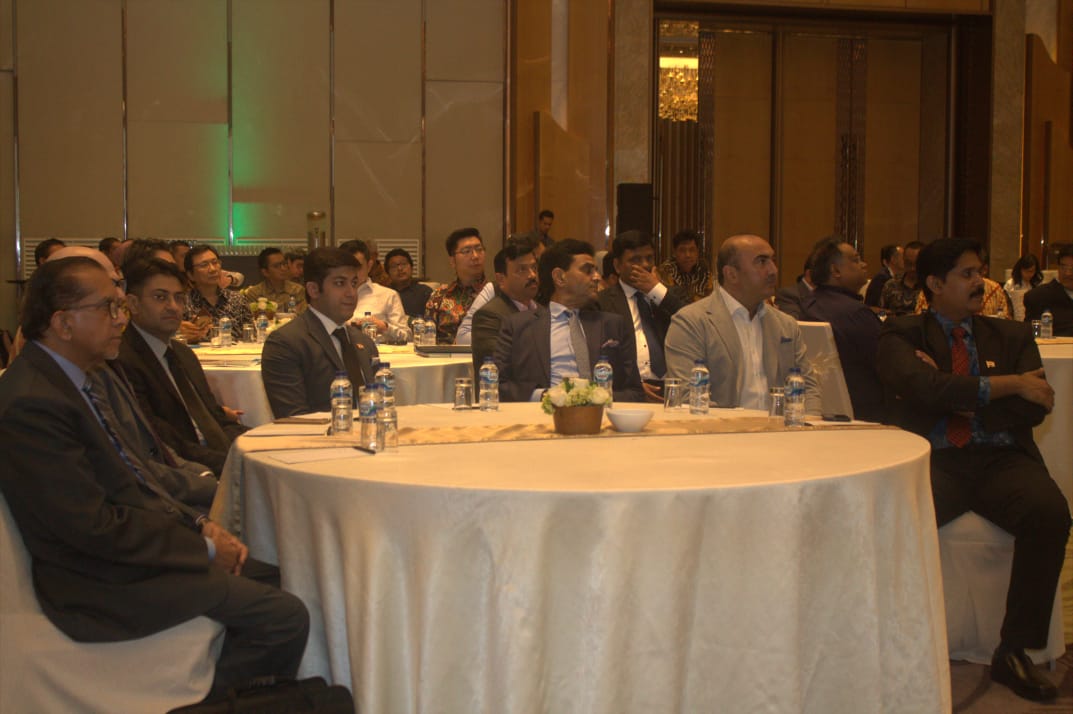 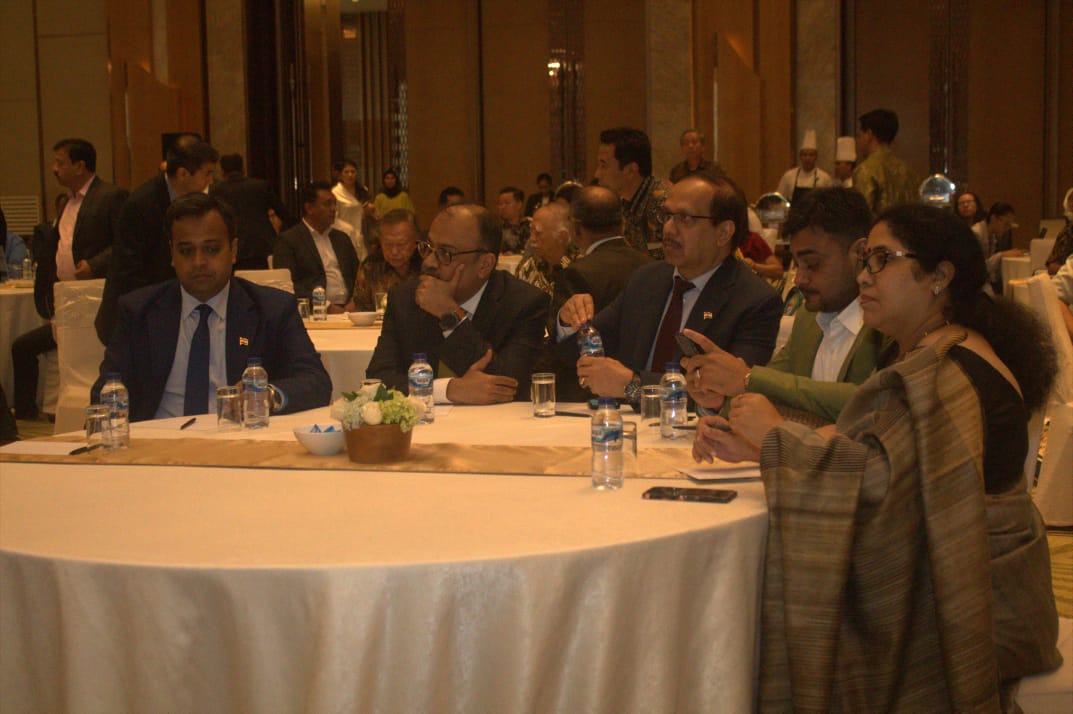 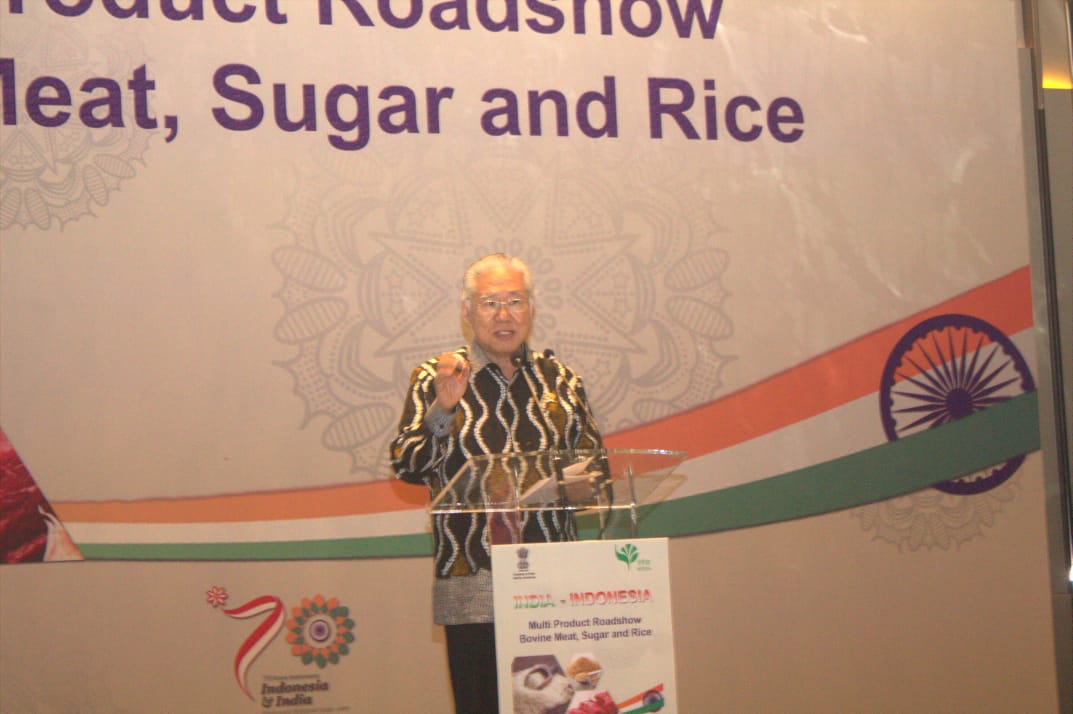 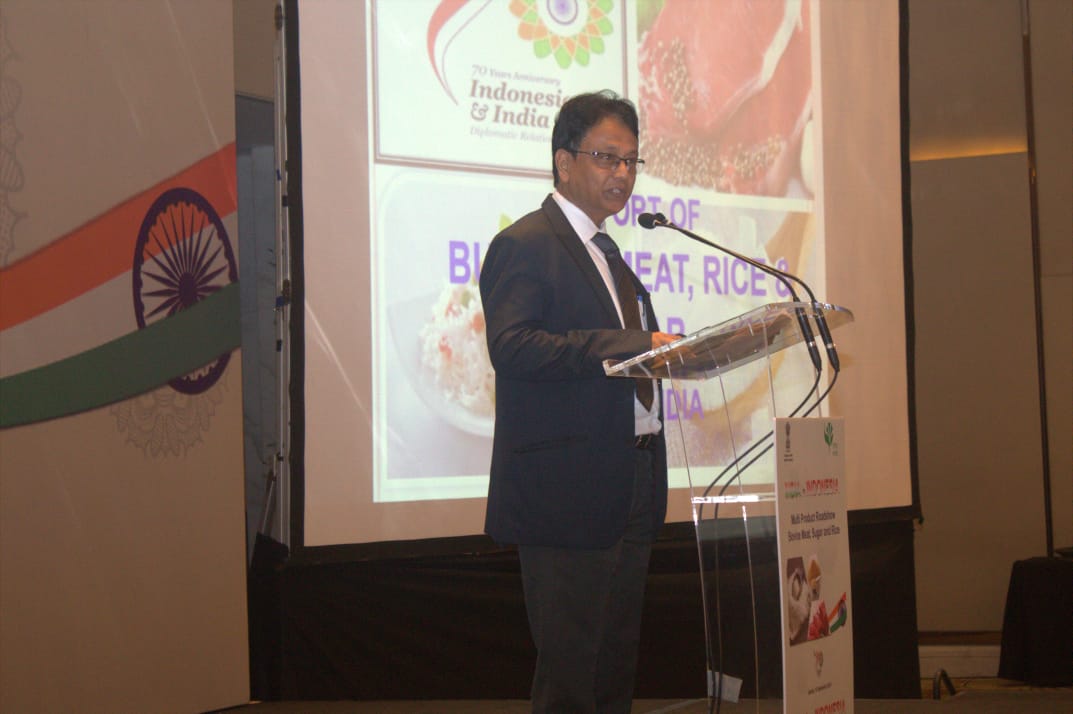 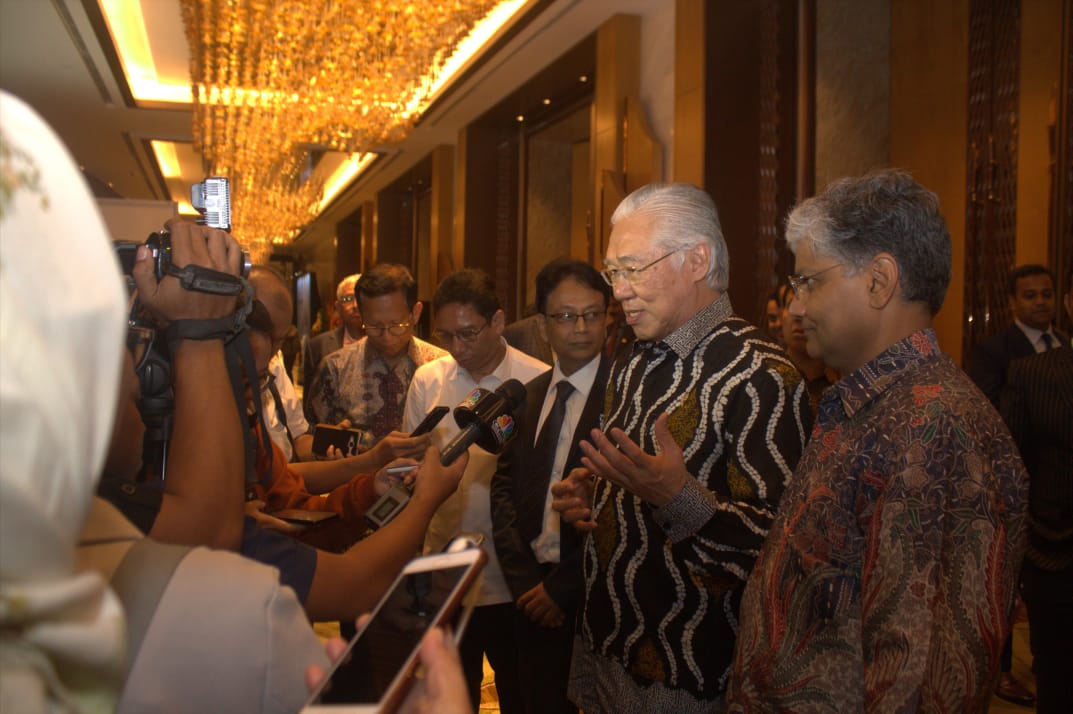 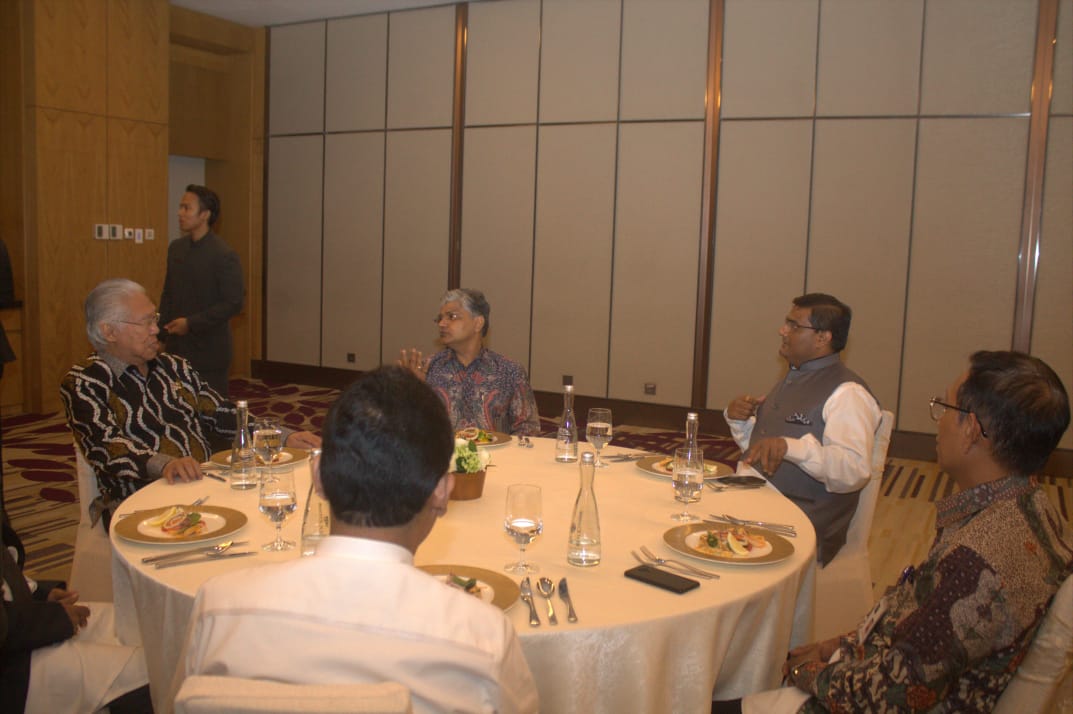 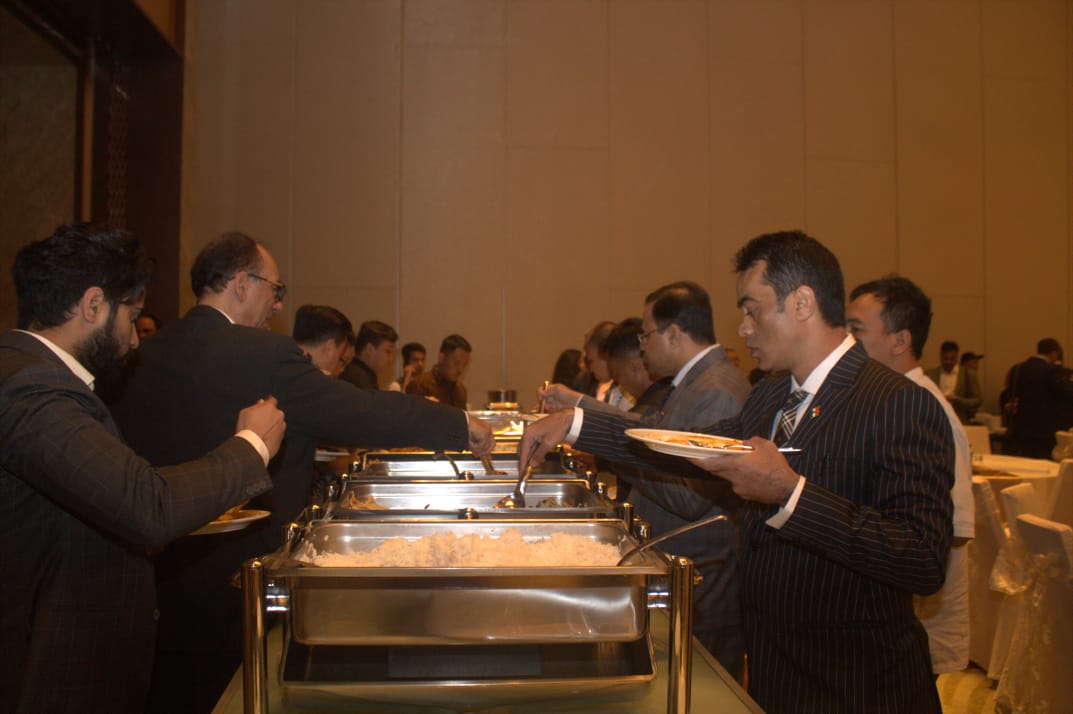 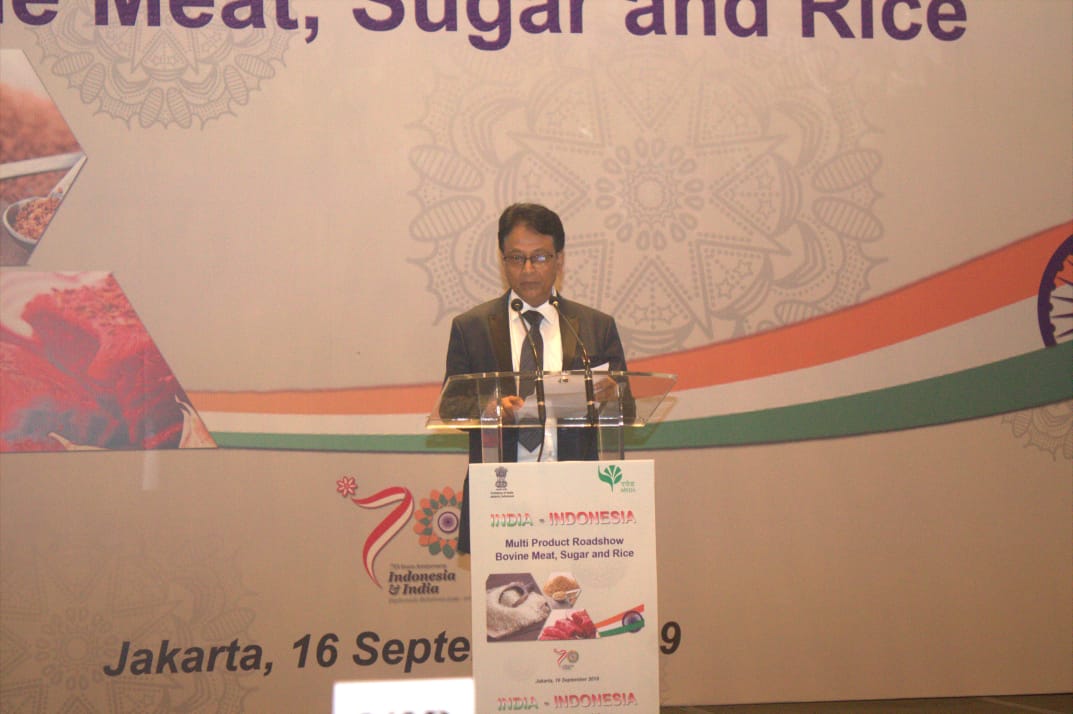 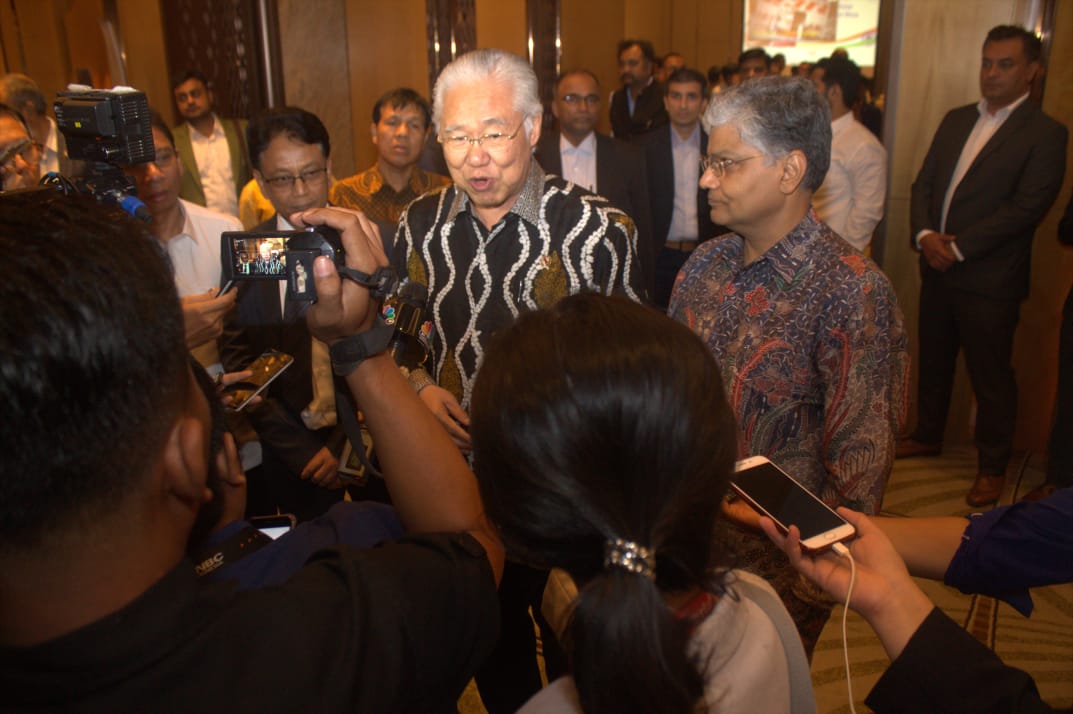 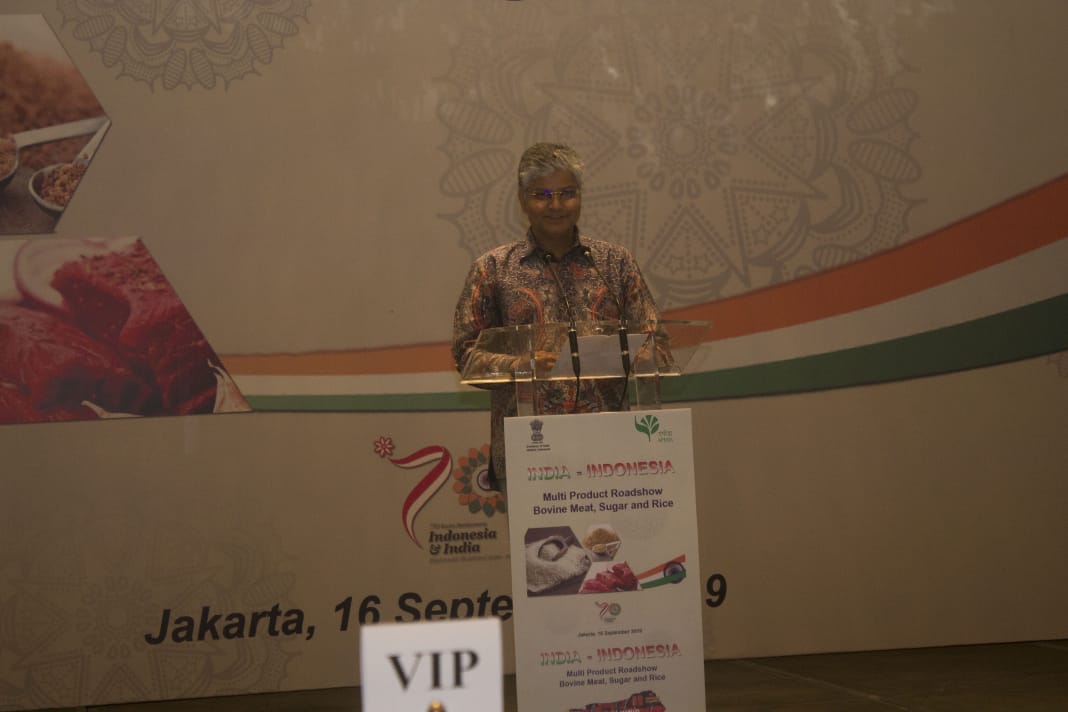 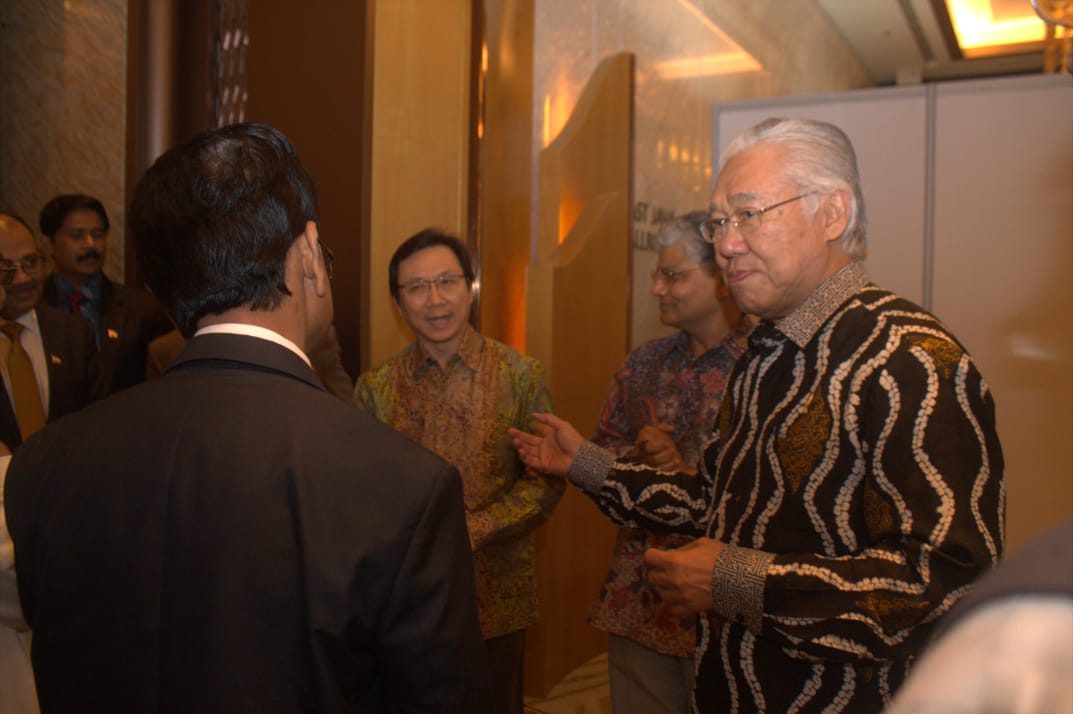 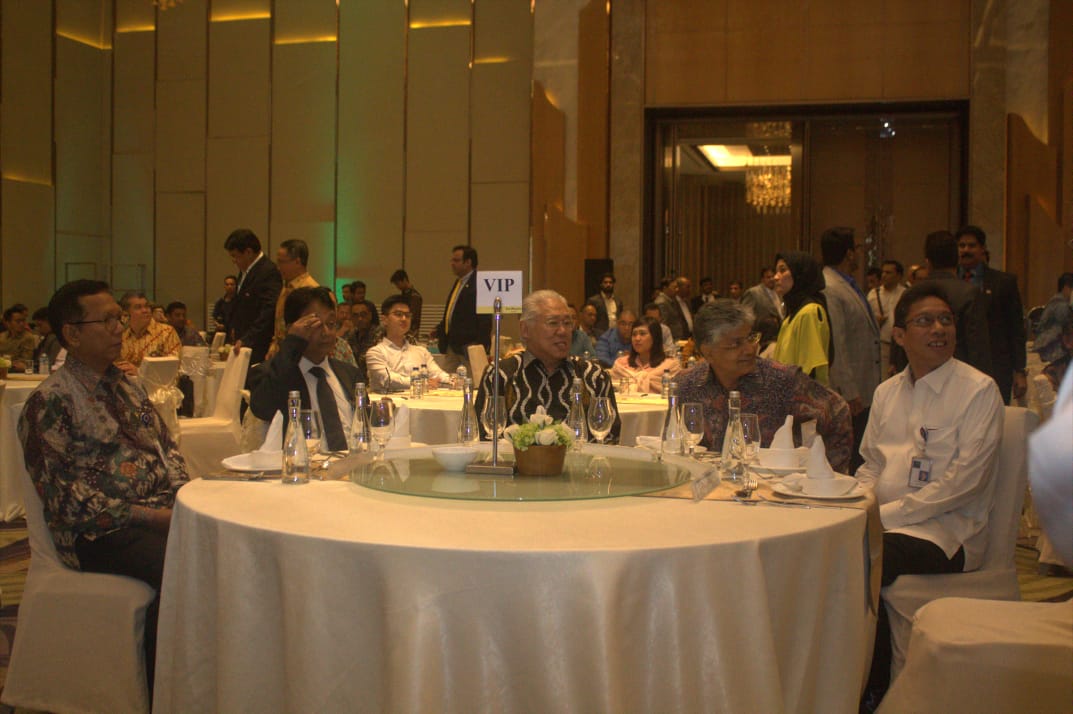 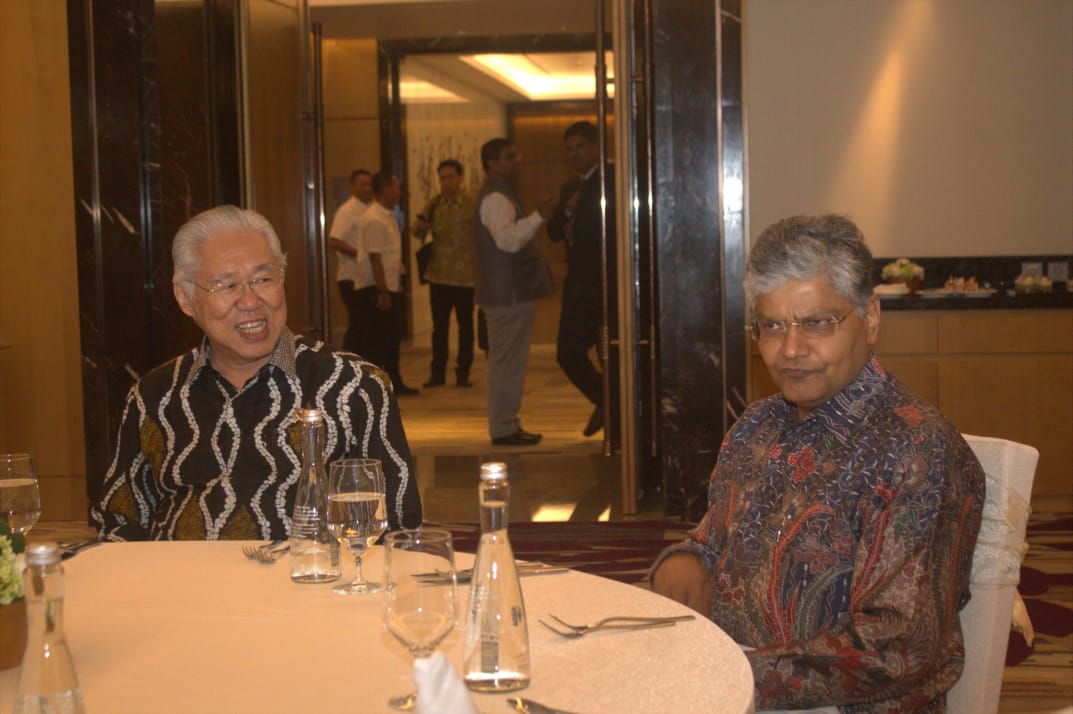 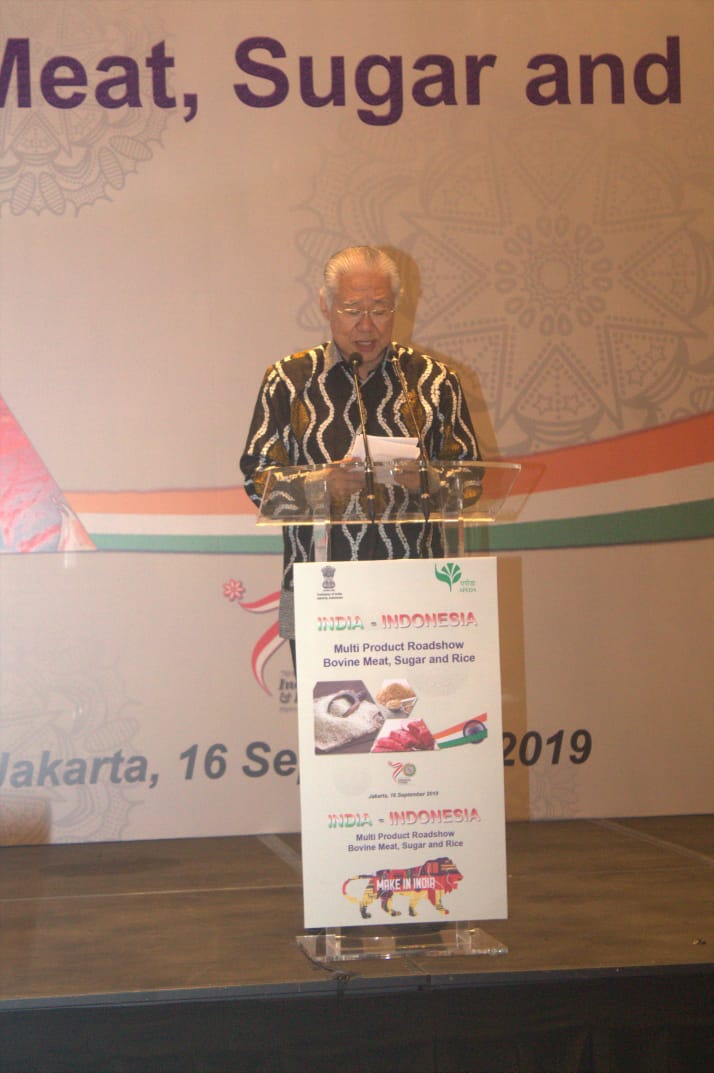 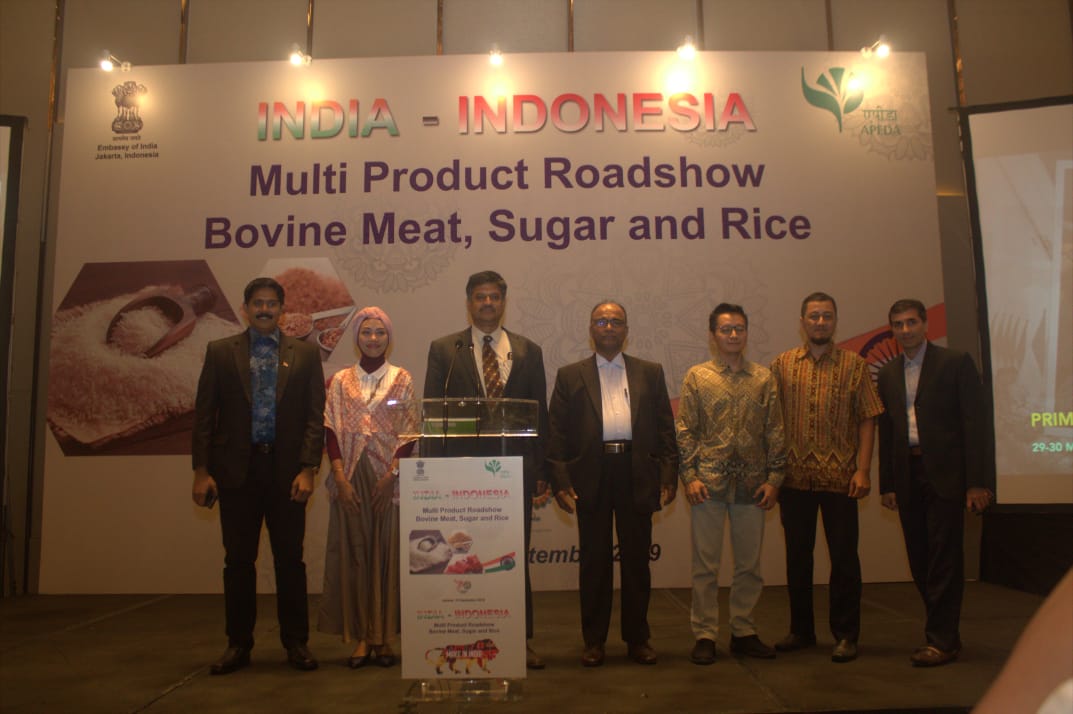 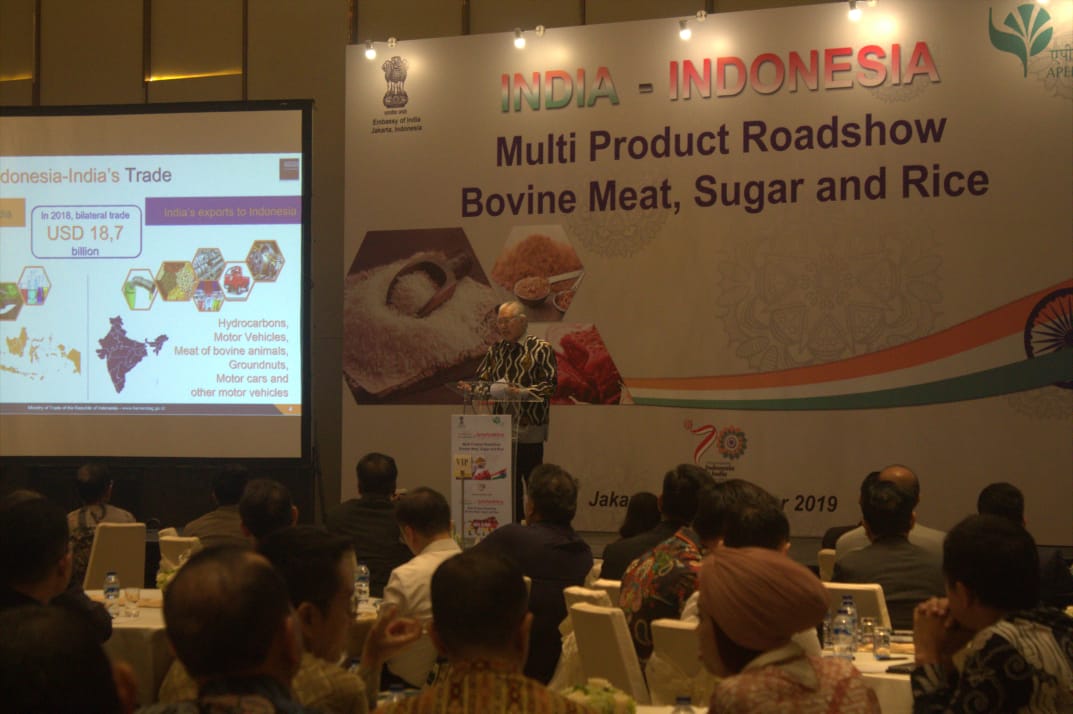