As part of the continuing 70th Anniversary celebrations of establishment of diplomatic ties between India and Indonesia, Embassy of India in Jakarta along with Nahdlatul Ulama Indonesia (NU) jointly hosted Buka Puasa (Iftar) celebrations at the NU Central Office in Jakarta today.  The evening showcased a special photo exhibit on “Shared Islamic Heritage of India and Indonesia” along with a special musical performance by a Sufi Qawwali Group led by Sarfaraz Chisty from India. 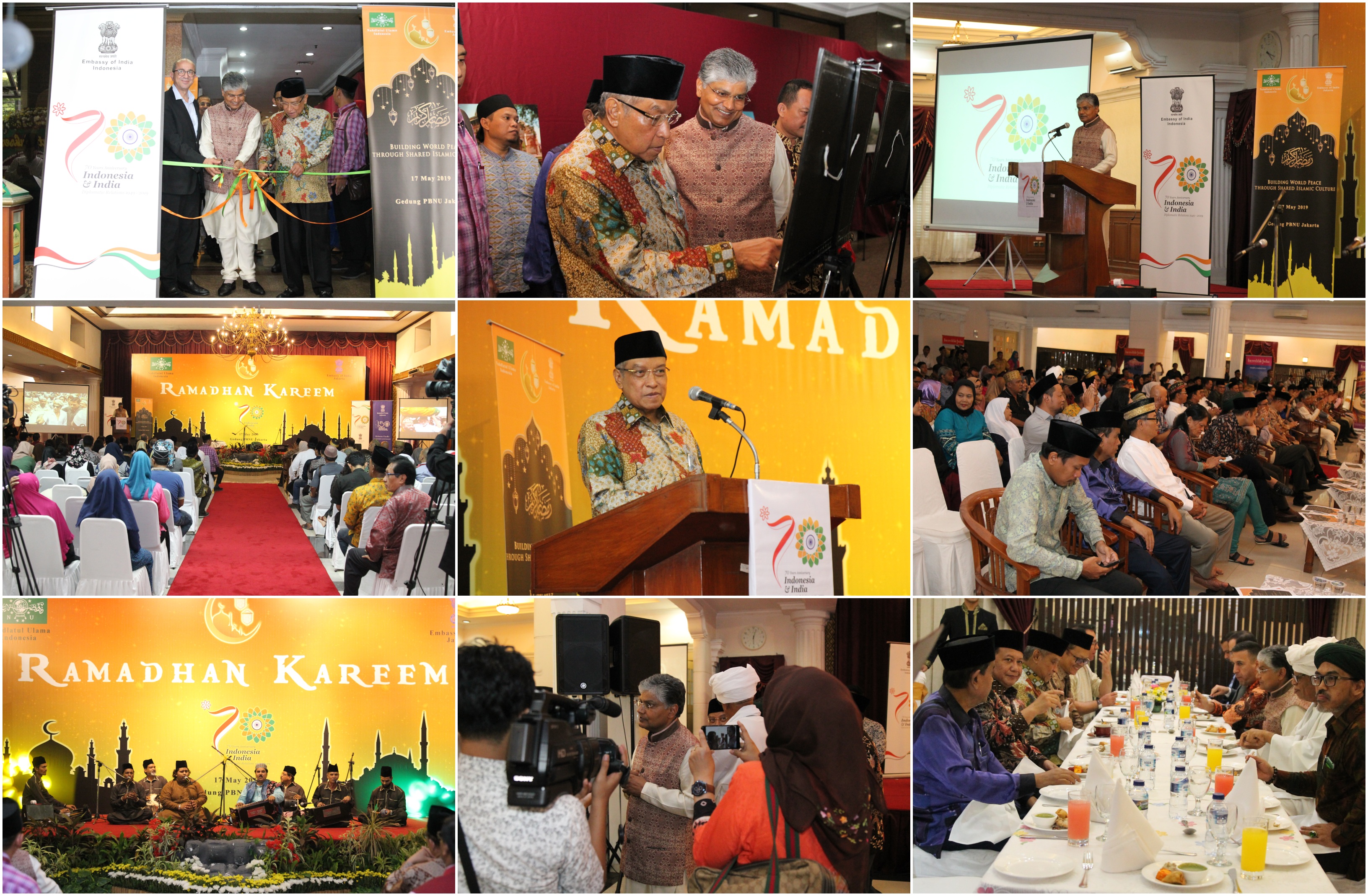