As part of on-going celebrations of the 150th Birth Anniversary of Mahatma Gandhi, the Embassy of India, Jakarta in association with Gandhi Memorial Intercontinental School (GMIS) organised a Cycle Rally on July 31, 2019. The event was jointly flagged off by the Governor of Jakarta, H.E. Mr. Anies Baswedan and H.E. Pradeep Kumar Rawat, Ambassador of India. 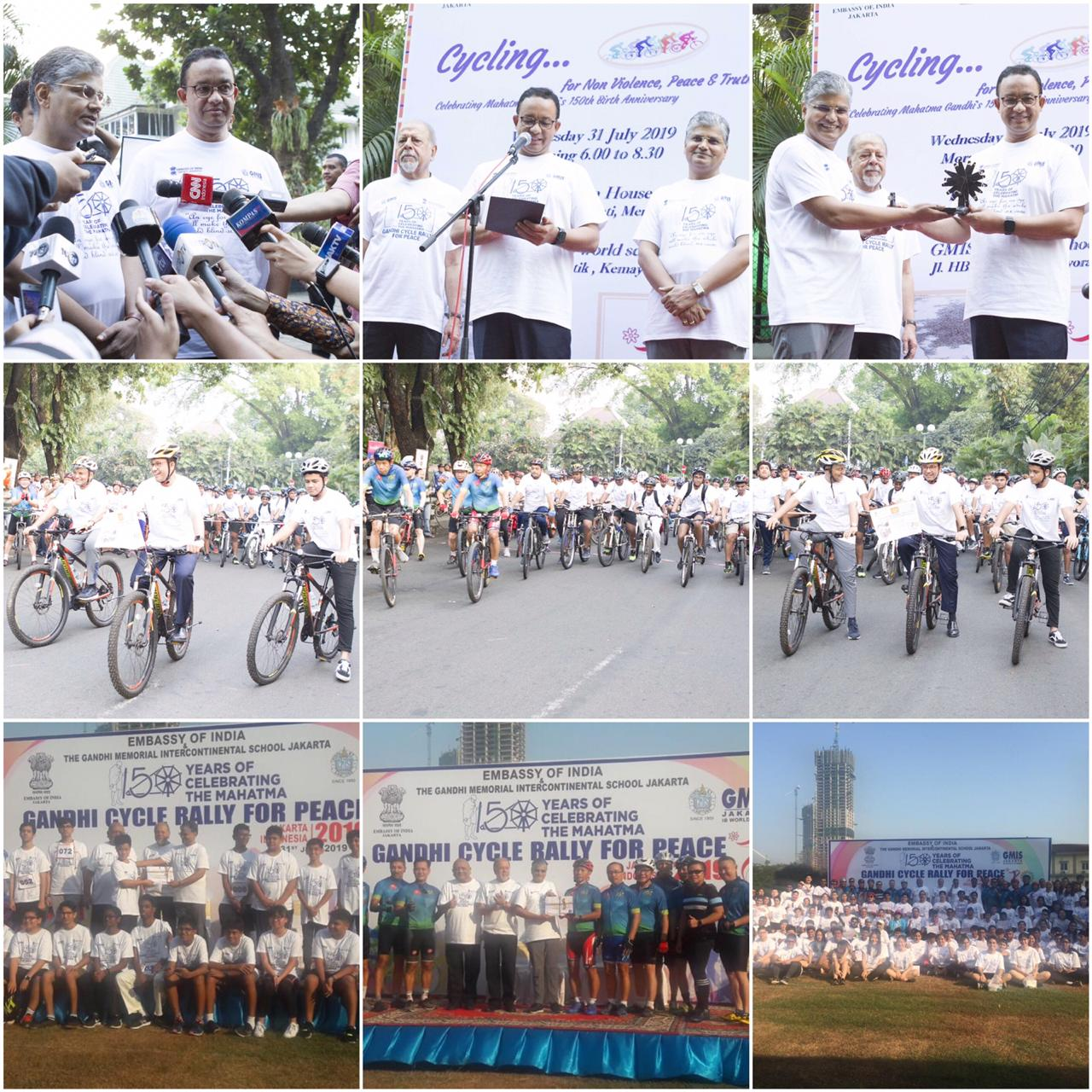 2. Nearly 200 plus cyclists and cycling enthusiasts from Jakarta, including students from GMIS participated in the Cycle Rally today. Ambassador in his remarks to media and guests present at the event mentioned the wisdom and foresight of Mahatma Gandhi and his thoughts which will continue to inspire generations to come. Governor of Jakarta also underscored that Gandhian ideals continue to be relevant even in contemporary times and that it was heartening to see such a large gathering coming together to remember the Mahatma.


3. The nine kilometers cycle rally commenced from the India House, near the Official residence of Governor of Jakarta, Jl Taman Suropati, Menteng to GMIS Jl HBR Motik, Kemayoran. Over 200 students of GMI school, members of the cycling clubs of Jakarta, the Indian community, Indonesian friends from all walks of life and officials of the Embassy participated in the event wearing Gandhi ji tshirts. The bicycle rally was cheered by hundreds of people at brief stopovers at the Nahdlatul Ulama premises and other points where water and energy drinks were distributed.


4. Certificates of appreciation were handed over to all the participants upon conclusion of the Cycle Rally at the Gandhi Memorial Intercontinental School by the Ambassador and Chairman GMIS.


5. It may be noted that a series of events have been organised since 2018 by Embassy of India in Jakarta to commemorate the ongoing 150th Birth Anniversary celebrations of Mahatma Gandhi, which have elicited tremendous interest including amongst the young school going children in Jakarta. Jakarta 31 July 2019